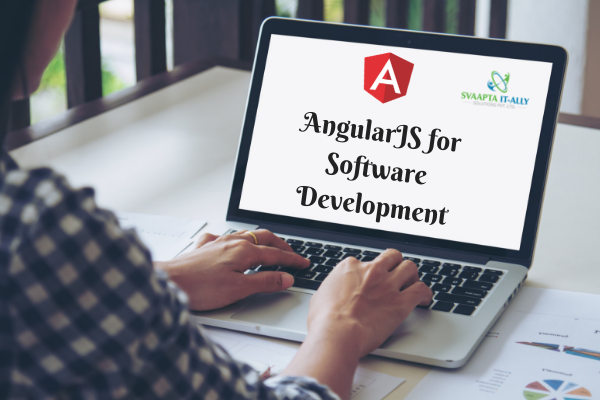 The world is a place where drastic changes happen at the rate of per hour. These changes are over ruled by the humans well-known approaches like favoritism, personal/biased opinions, and leaning towards a particular aspect. Thus, the world is being dragged by such like minded people and knowingly or unknowingly, we too contribute in sustaining the change.
So, now what is this world and the change that I am talking about? This is all about frontend development. This is the very place where the changes happen often; and this often is everyday. This reminds me of a scene from The Maze Runner, where the maze is changed everyday and a new gate is opened everyday. Well, this is a notch above that. Over the years, the advancements in the frontend development has made everyone a maze runner. Everyone is trying for new ways and means which leads to a faster and a more appropriate way.
While every such change and thing have its own perks and pitfalls. So, it obvious and justifiable to treat one change better than other. Likely, how admissible is to say that ReactJS is better than VueJS? Why haven’t we considered the framework aspects? Well, this may sound biased, but one should think of it too. There ought to be a better game player when we talk about frameworks and especially frontend development.

Today, we are talking about one such player:

The History:
It was probably 8 years ago, when the Google Engineers, started developing the AngularJS framework and in 2010 the framework was released. Since, its origin, AngularJS main concern was to turn HTML-based documents into dynamic content. There were a couple of ways to build dynamic and single-page applications (SPAs), but they were too complex. And thus, AngularJS’s architecture reduced development effort and aimed in creating dynamic content so that the users get web pages with dynamic forms and elements.

Then about 6 years later, there came Angular 2, completely rewrote the entire framework. And no sooner came the Angular 4, with several improvements to version 2 but remained the same product as it core. Since then, we see several updates released by Google; 6 and 7.

Why You Should Use AngularJs Framework?

Angular is a complete solution for rapid front-end development. Due to its stand-out features like RESTful actions, MVVM structure, Data binding, dependency injection, extension of HTML, and enterprise level testing are creating an efficient, performance-driven, and maintainable front-end codebase. As long as you have a source for storing data, AngularJS can do all of the heavy lifting on the client, while providing a rich, fast experience for the end user.

Component based Architecture: You can think of small boxes of an interface that are independent of each other. Consider a small application, where the list of items are retrieved from search box. Here, List of restaurants is a parent component to Search Box and Search Results that are respectively child components. The box with listed Restaurants names, the search box, and the main list of restaurants are all considered as a separate component in Angular. Angular works around MVC structure, hence this is very much similar to it but on a higher notch which ensures reusability, readability, maintainability, and unit test friendly. 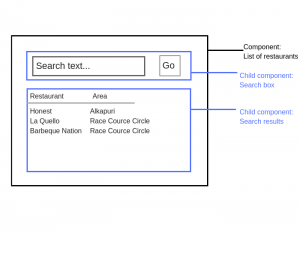 RxJS: It was never a part of Angular. Due to its properties like Observables, Subjects and its flexibility for developing responsive web applications developers tend to use it.

Improved CLI: Here, Angular-cli.json file is replaced with angular.json file. This will allow the developers to use Angular in a much more simpler way. All monotonous set up tasks are automated and developers can now set up and update libraries in mobile and desktop without any difficulty.

TypeScript – a great tool: Victor Savkin, a former developer from the Google Angular team, explains that the biggest selling point of TypeScript is tooling. It provides advanced autocompletion, navigation, and refactoring. Having such tools is almost a requirement for large projects. And says, TypeScript is not the only typed language that compiles to JavaScript. There are other languages with stronger type systems that in theory can provide absolutely phenomenal tooling. But in practice most of them do not have anything other than a compiler.

TypeScript fully compiles to JavaScript, but helps spot and eliminate common mistakes when actually typing the code. When small JavaScript projects are concerned we don’t require such enhancement, the enterprise-scale applications challenge developers to make their code cleaner and verify its quality more often.

Routing: This is the key aspects for SPA (Single Page Applications). AngularJS makes this work like a breeze and one can make various views for various URLs.

Conclusion:
Being in the industry and as an AngularJS Development company, we have observed a wave of frameworks from time-to-time. And frankly speaking Angular was one of the biggest. Our developers have engulfed the wave and are proficient to deliver the best practices and services in the Angular way!